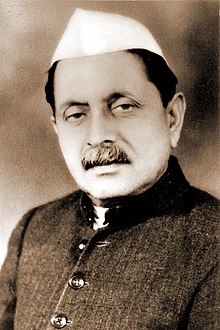 A blog in English on World Hindi Day may not be the best way to give tribute to our official language, but it’s nevertheless a way to acknowledge importance of Hindi in our day to day lives, whichever language we may be speaking in our homes or the language that we may be using at our work places. For that matter, I speak Punjabi at home and my official work is mostly in English. Also, the medium of my education throughout was English. Moreover, I write mostly in English and love Urdu poetry. Yet, there’s no denying the fact that Hindi is the common thread that binds Indians. Understood almost across the entire country as also amongst Indians spread worldwide, it’s imposition has been long resisted by Southern States, mainly Tamil Nadu. While Karnataka, Telangana and Seemandhra do not resist Hindi, Kerala, in fact, promotes Hindi and my experience is that it is very well accepted language there. However, Dravidian politics in Tamil Nadu have always resisted, though with Chennai also becoming highly cosmopolitan and thanks to tourism for which, Tamil Nadu is a hot destination, Hindi is widely understood there too.

Historically, on the 50th birthday of Beohar Rajendra Simha on 14 September 1949, the efforts came to fruition following adoption of Hindi as an official language. To date, 14th September is celebrated as World Hindi Day.

Beyond the realm of politics, it’s a beautiful language having very rich literature. Premchand, Nirala, Neeraj, Bachchan, Dinkar, Renu etc. have made Hindi literature extremely rich and varied. My father worked as a Hindi translator for many many years in Ministry of Education and he loved the language.

Like any modern language, Hindi is progressive and flexible and has adopted several words from other languages – regional as well as international. In a large country like India, where every 50 miles dialect changes and 300 miles language changes, it’s alright not to have a national language and there need not be any politics around it. The fact is that you cannot separate Hindi from India and vice versa and this common thread, uniting Indians across the globe should be embraced and respected by all of us. Just a few lines that I came across somewhere that beautifully eulogises Hindi. There are:

Happy Hindi Day to all of you.