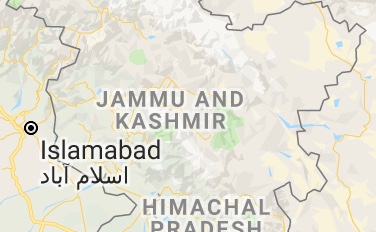 J&K is currently cut off as Government has promulgated section 144 there and internet has been disabled. Also, most of the prominent leaders have been placed under house arrest. Under the circumstances, it’s difficult to gauge the mood there aftermath abrogation of Article 370 following the ordinance approved by President. However, going by the social media, the mood of the country appears to be euphoric as at last complete integration of the state into Republic of India has been made possible.

I am no political commentator or a historian of great eminence to judge merits or demerits of this. Integration of princely states into sovereign India was itself a big challenge and J&K has been a vexed issue since independence. Apart from the cross border fuelled dissidence ( which was a precursor to full fledged militancy for the last 20 years or so), the situation in the “heaven on the earth” has remained quite hellish! Repeated elected governments have not been able to complete their tenors and the state has largely remained under Central rule.

As peaceful gestures, development agenda of the state and all the efforts to bring the state and its people into the mainstream didn’t work, a strong Government with a strong people’s mandate had to have gumption to take this step and Modi 2 has bitten the bullet.

We will have to await the reaction of the world at large and Pakistan in particular. We also have to await reaction in Kashmir. But how does it matter to a sovereign and powerful state like India? As a generalist, I can only say that if India is one country, no part of India should enjoy any special status and Indians must have the liberty of living, buying property or doing business in any of its states – of course, this action reduces number of states by 1 and increases UTs by 2. Let’s embrace Kashmiris by providing jobs to the youth, up-skilling them for their economic progress and applying salve on their wounds ! If last 20 years were filled with strife, let next 20 years be filled with love so as to emotionally amalgamate Kashmir into ourselves now that physical and constitutional amalgamation is complete!