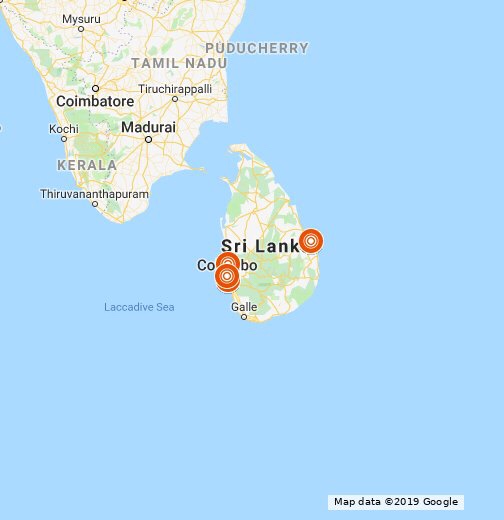 Sri Lanka was beginning to see peace after years of internal strife. In fact, it had emerged as a popular destination, especially for Indian tourists, who found going to neighbouring country convenient and relatively cheap, yet providing exquisite experience. With clean beaches, affordable water sports and affable local people, visit to Sri Lanka provided a complete holiday experience.

However, last Sunday’s serial blasts in churches and posh hotels, mainly aimed at praying and merrymaking catholics, have shaken not only the island nation, but the entire world. More than 300 innocent church goers and hotel guests were consigned to bloody death on the holy Easter Day. In the process. several Indians, Bangladeshis and three children of the billionaire owner of popular brand Vera Moda and Jack & Jones met their tragic ends in a foreign nation.

After a day of suspense, ISIS ultimately claimed the responsibility for these serial blasts, operating through local operatives radicalised by this extremist outfit. The attack was purportedly to avenge the shoot out attack on Friday mosque goers in Christchurch a few days ago.

This should be a wake up call for all the nations directly or indirectly supporting the cause of terrorism under one pretext or the other. No nation is safe from their evil design and it is also amply clear that these suicide fidayeen bombers can strike anywhere anytime. Let the powers of the World join hands to root out terrorism from all over and stop supporting terrorism in any form or for any cause. Till that time, this bloody game is not likely to stop. It should also be wake up call for everyone to tighten the security and alertness. Let’s not lower the guard and remain vigilant especially in places like trains, metros and crowded hubs.

May God bless the souls of innocents martyred on the day of Holy Easter and give some wisdom to those considering killing innocent lives as holy war!

5 thoughts on “Sri Lanka blasts – When shall this bloody game stop?”