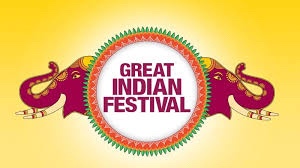 As elections in India once in 5 years fare and this time elections are being fought with unprecedented acrimony and noise, the news around elections is providing me stimulus to write more on the topic. From the language being used to the credentials of certain candidates, it all makes up for sad but in a manner interesting jamboree ! The only solace one gets is that the electorate is becoming increasingly intelligent and able to look through the design of crafty politicians. They now know which of the elected representatives showed them his/her face during the last 5 years, who raised how many questions in the Parliament, attendance record in Parliament, the criminal record etc. and this awareness will eventually lead to the politicians of merit and impeccable record only getting a chance to reach Parliament. However, pained by rather disgraceful conduct of certain politicians in the ongoing campaign, I felt inspired to compose a few lines that read as below:

Because winners take it all,

And losers are out of business for 5 years,

And the stakes are not at all small!

But what’s the lure?

Engineers get paid higher in profession,

Yet politics is an uncontrollable obsession!

They seek votes with folded hands,

Soliciting favour to serve the mankind,

But selfless social service is not their forte,

Getting elected gives a kick of a different kind!

Their idols are all national icons,

They invoke the heritage of Gandhi, Nehru & Bose,

But in themselves they ain’t even a pale shadow

Of these all time greats of the yore!

In reality, this service, Nehru, Gandhi all is humbug,

The purpose behind all this hullabaloo is power

Which selfless service to the needy will not get you

But the seat in politics will reach you to the top of the tower!

Where cries of hapless will not reach,

And 5 years will fill the coffers for 5 decades,

The power will be heady and strong,

Which other profession leads to such good fate?

Let people vote with their conscience for the most meritorious candidate rising above all parochialism and we shall have the healthiest form of democracy!!!!

6 thoughts on “The Great Indian Jamboree”