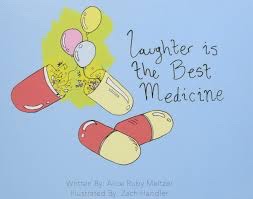 This is a joke that I read years ago and have told it umpteen number of times in parties and get togethers, but it has never failed. It reads:

Three old men were travelling together in a train coupe. As the journey was long, they decided to break into a conversation. They thought what better than to introduce themselves to each other. The first one said, ” I am a banker, married, have three sons who all are doctors”. The second one said, ” Incidentally, I am a banker too, married, also have 3 sons who all are engineers.” The third one added with an element of surprise, ” This is a sheer coincidence! I am also a banker, married and having 3 sons who all are architects”. The fourth guy kept quiet. On being cajoled by other three, he finally ceded reluctantly and said, ” Unfortunately, I am not a banker. I am neither married, but I too have 3 sons, who are all bankers!”

The humour is subtle yet sharp at the same time. Another beauty of this joke is that it can be customised to suit the audience and hence its connect with them. Here the profession of the travellers, banking, is incidental as the readership of this blog is mainly the members of banking fraternity. The original joke is about the protagonists being Colonels.

Why I decided to blog this old favourite joke of mine? Because I was reminded of it suddenly when somebody forwarded another version of this timeless beauty that reads:

Four men were playing poker and having drinks in a club, when they started to break into a conversation. One of them excused himself for a quick visit to washroom, while other three started the chat. The first one said, ” I am really proud of my son; he passed out from Harvard, got absorbed by Google, has made rapid strides in the organisation. He has created so much fortune that recently he gifted a $ 10000 Rolex to his friend on friend’s birthday.” The second one said, ” Ditto me. My son is also brilliant, working for an MNC with large salary. He recently gave a birthday gift of diamond shirt studs worth $ 20000 to his friend.” The third one said, ” We all are lucky guys to have fathered brilliant sons as my son too is doing exceptionally well and he recently gave birthday gift in the form of a swanky car worth $ 40000 to his friend.” In the meantime, the fourth guy returned to the table, oblivious of what the three others had said. On being requested, he said, ” My son is gay, working part time in a night club.” A dead drop silence fell on the table with other three guys having a look of sympathy on their faces for the poor unfortunate. Taking a cue, he rushed to clarify, ” But I am proud of my son as on his recent birthday, he received a Rolex, diamond shirt studs and a swanky car from his friends.”

Nice subtle naughty humour that tickles the funny bone should provide much needed reprieve from the serious ground realities emanating out of Kashmir issue, economic slow down and worldwide trade issues.

4 thoughts on “Laughter is the best medicine”